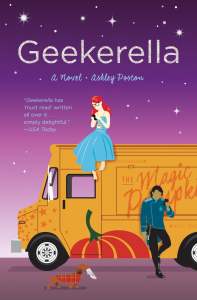 Goodreads blurb: Part romance, part love letter to nerd culture, and all totally adorbs, Geekerella is a fairy tale for anyone who believes in the magic of fandom. Geek girl Elle Wittimer lives and breathes Starfield, the classic sci-fi series she grew up watching with her late father. So when she sees a cosplay contest for a new Starfield movie, she has to enter. The prize? An invitation to the ExcelsiCon Cosplay Ball, and a meet-and-greet with the actor slated to play Federation Prince Carmindor in the reboot. With savings from her gig at the Magic Pumpkin food truck (and her dad’s old costume), Elle’s determined to win…unless her stepsisters get there first.

I totally ignored this one when it came out a while ago in 2017, but now that I am on a spree to check out all overhyped books, particular YA, I decided to give it a chance. It’s not bad at all and I am enjoying the fact that it’s written in two voices, which adds an extra dimension to the story. Ashely Poston is a very capable writer who is so in touch with geek culture, and I might end up giving this book more than three stars

If classic fantasy retellings are your cup of tea and you haven’t checked this one yet, I would urge you to give it a try. 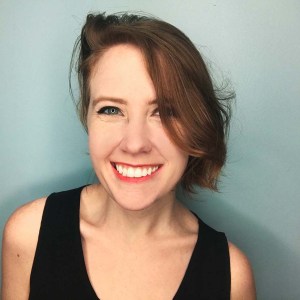 3 thoughts on “It’s Monday: what are you reading?”